People To People Committee is responsible of overseeing all projects in related to advancing building people-to-people exchange.

In order to promote global peace and prosperity and have sustainable relationships among countries, we believe that grassroots or citizen diplomacy activities could also play significant roles to foster mutual understanding and respect and build peace from people to people relationships in the community levels.

With Japan experiencing a super-aging society both in rural and urban areas, the country has been going through a big transition in hiring more foreign workers to sustain its corporate manpower and economy, accepting more foreign tourists to the country than ever in the history and having more foreigners living in Japan.  It is natural to see its communities, companies, schools and living environment to be much more internationalized and fitting to new foreigners in Japan's modern society.

With the changes in globalizing communities in Japan, we are passionate about helping the local Japanese people and foreign residents united to improve their communities together by implementing series of events or platforms for them to meet and communicate each other and foster mutual understanding in each other's difference in culture, background, language, characters and traditions.

As for our people to people exchange projects, our focus is to build peace and deepen the mutual understanding and respect between Japanese people and foreigners by implementing grassroots cross-cultural, educational and economic activities in regions of Japan. Our core projects are categorized in four areas below;

KIF Japan became a global partner for Japan-United States sister cities activities with Sister Cities International (SCI) to implement Japan-United States sister cities events in Japan and the United States in order to support their sister cities activities and partnerships formed by both local governments. SCI was created at U.S. President Eisenhower’s 1956 White House summit on citizen diplomacy, where he envisioned a network that would be a champion for peace and prosperity by fostering bonds between people from different communities around the world.

Sister cities or twin towns are a form of legal or social agreement between towns, cities, counties, oblasts, prefectures, provinces, regions, states, and even countries in geographically and politically distinct areas. The purpose is to promote cultural and commercial ties, form strategic international business links among member cities as well as intended to foster friendship and understanding among different cultures and between former foes as an act of peace and reconciliation.

The number of sister cities, towns, villages and prefectures with other countries are 1,754 partnerships around the world. The largest sister cities with Japan is United States with 455 partnerships since a year of 1955. The second largest one is China with 368. The third largest one is South Korea with 162. The fourth is Australia with 108. and The fifth is Brazil with 58.

In partnerships with embassies and consulates in Japan, we implement and execute V.I.P. international networking events that bridge ambassadors and consuls, and Japanese and foreign residents together at an ambassador's residence or at a commercial venue in different regions of Japan to foster mutual understanding and respect, strengthen people-to-people ties and promote bilateral economic, cultural, educational and/or tourism interests.

Fro examples in the past, we helped implemented several bilateral events such as American Night, U.S. Marine Seminar, Hollywood Night, American Dialogue with U.S. Embassy & Consulates. With Embassy of Colombia in Tokyo, we have organized networking event called Colombia Night for three times with its Ambassador at the Ambassador's Residence. With Embassy of Australia in Tokyo, we have organized its Ambassador's lecture event at a renowned national university. With Embassy of Italy and its consulate, we have executed another international networking event called Italian Night with its Consul General at a famous resort hotel in the region of Japan. 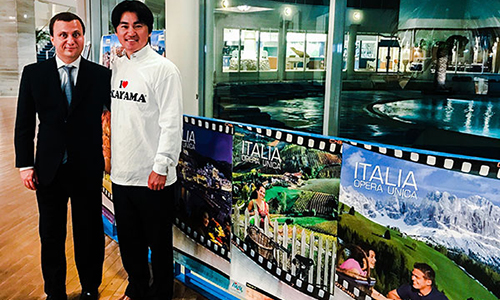 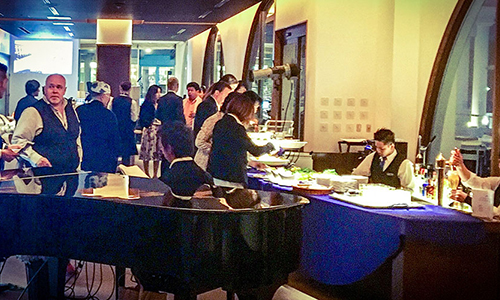 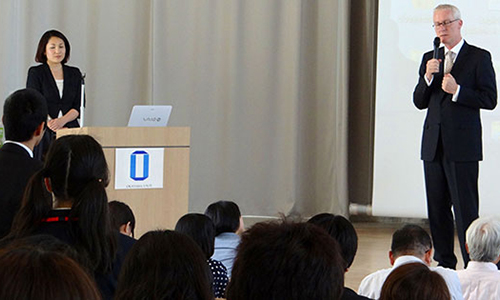 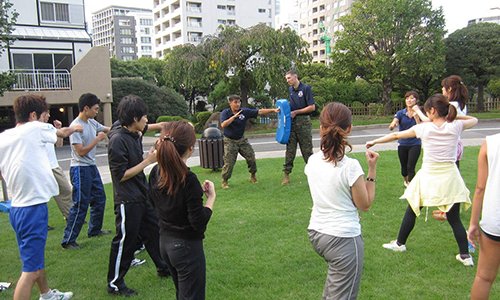 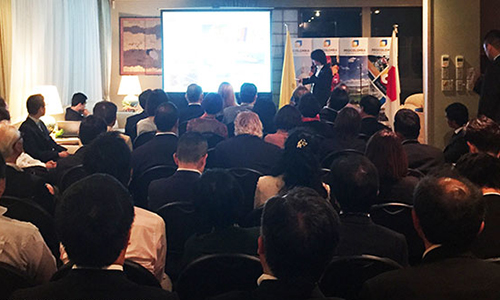 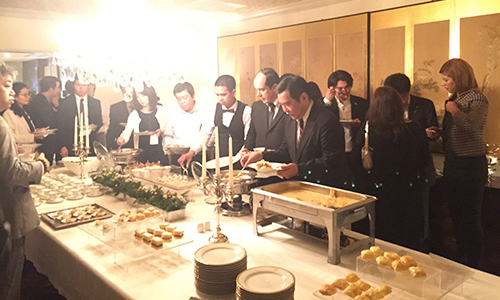 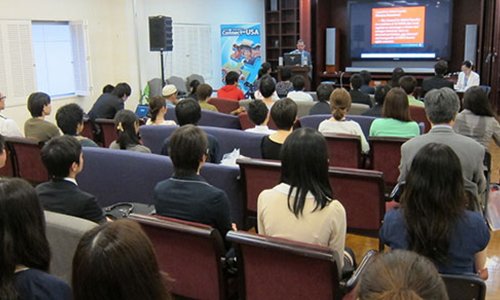 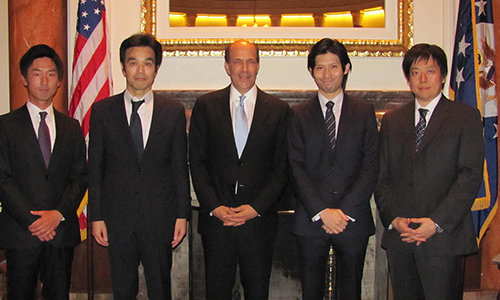 As foreign tourists are rapidly increasing at a historic rate, we have been developing different hands-on experience activities for the visitors to interact with local Japanese people in person in order to really get to know Japanese culture and traditions in different regions of Japan.

Seeing things is great, but interacting directly with the locals and possibly becoming long-time friends with them are the best way to truly understand Japanese people, language, culture, tradition, history and a way of life. Every region of Japan offers very different and unique cultural and tourism experience.

Sometimes, what local Japanese people think they are normal things to see and do in their everyday lifestyle, it may not be so much for foreigners who have never been to Japan and don't know so much about Japan. For example, taking off your shoes when you enter a house, bowing when you meet people as a formal greeting, rice cultivation, sleeping on the floor, Onsen (Hot Spring) and many more.

With our national networks in Japan, our youth teams can gather unique experience available to foreigner tourists to give them the best experience ever visiting Japan so they would become a fan of Japan and come back to Japan for another amazing experience!

Hollywood movies and series have been parts of lifestyle of Japanese people for decades like other countries. They are famous and inspirational to Japanese people, regardless genders and ages and some of them have dreamed of pursuing their dreams to become actors, producers, directors and other artists in Hollywood.

It is our privilege to offer unique opportunities for our Japanese people to have direct conversations and interactions with the real Hollywood stars, especially in regions of Japan where most of Hollywood stars never travel to outside of Tokyo.

With our connections with Hollywood celebrities and executives whom our founder Shin Koyamada have built his long-time relationships for over many years in Hollywood, we have implemented and executed a series of wonderful international events targeting tens of thousands of young people throughout Japan. 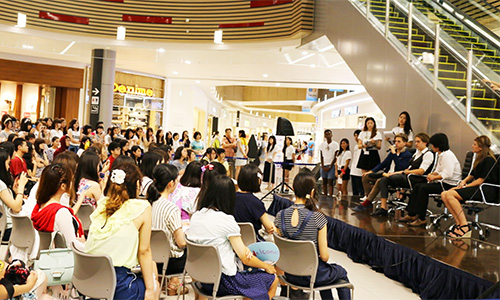 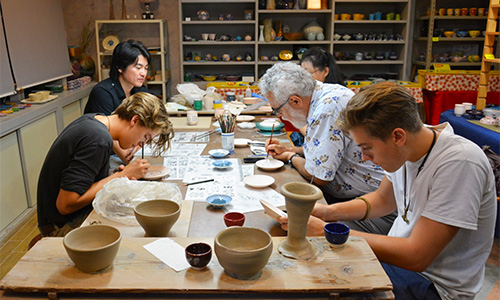 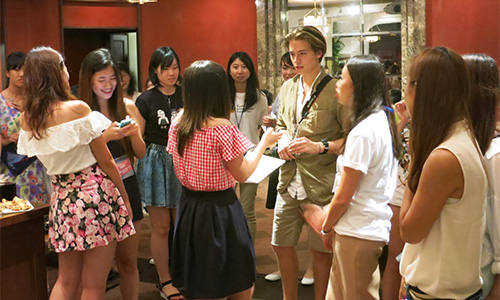 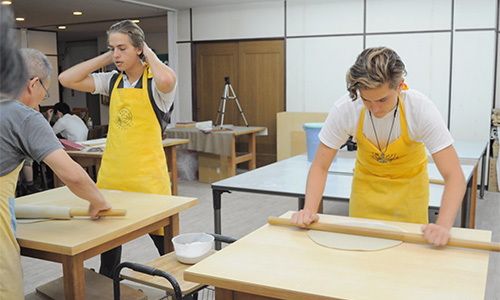 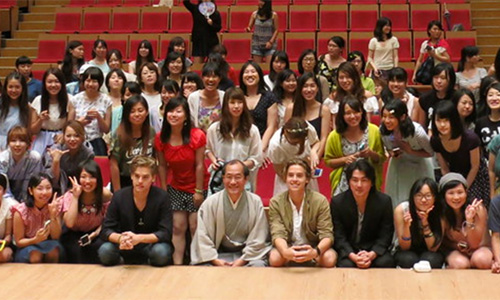 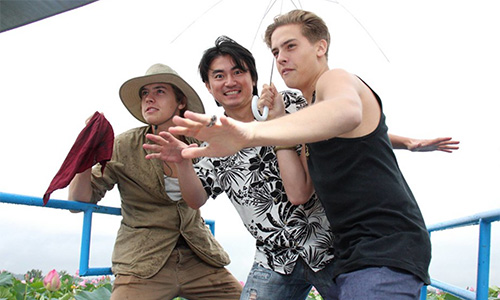